Qualcomm Snapdragon 888, that was earlier rumoured to be Snapdragon 875, is designed to provide faster connectivity over 5G, Wi-Fi, and Bluetooth. The 5nm chipset has third-generation Snapdragon X60 modem that brings support for 5G sub-6 carrier aggregation and mmWave to provide up to 7.5Gbps speeds. The modem also uses Dynamic Spectrum Sharing (DSS) technology to provide 5G support to all major networks worldwide. Further, there is support for Global 5G multi-SIM to let users access distinct networks for managing their personal and work numbers while on international roaming.

In terms of offering an all-new Wi-Fi connectivity, the Snapdragon 888 SoC has the Qualcomm FastConnect 6900 Mobile Connectivity System that brings Wi-Fi 6 at up to 3.6Gbps — alongside the new 6GHz capacity over Wi-Fi 6E. The same system also includes support for Bluetooth 5.2, along with dual Bluetooth antennas and Qualcomm aptX suite.

The Snapdragon 888 SoC is designed to provide not just an upgraded connectivity but also improved artificial intelligence (AI) experiences. These come from the sixth-generation Qualcomm AI Engine along with the new Qualcomm Hexagon 780 processor. Qualcomm claims that the new AI Engine can deliver up to three times performance per watt improvement over the previous generation, at a rate of 26 tera operations per second (TOPS). The AI Engine combines scalar, vector, and tensor accelerators to provide a fused AI accelerator architecture. There is also the second-generation Qualcomm Sensing Hub that includes a dedicated low-power AI processor to enable features such as screen awake, lift and activity detection, and audio event detection.

Specifically for mobile gamers, the Snapdragon 888 SoC comes along with Qualcomm Snapdragon Elite Gaming that is touted to provide highest HDR quality graphics, along with desktop-level capabilities. The chipset also brings Variable Rate Shading (VRS) to mobile devices. It is touted to improve game rendering by up to 30 percent. There is also Qualcomm Game Quick Touch that increases screen responsiveness by up to 20 percent.

For photos and videos, the latest Snapdragon chipset comes with Qualcomm Spectra 580 ISP that is a first in the series with triple image signal processing. It is capable of capturing from three cameras simultaneously at a processing speed of up to 2.7 gigapixels per second. The ISP also enables 128fps burst shots and allows users to capture three 4K HDR videos at the same time. Further, there is a new low-light architecture that is claimed to help capture brighter photos, even in near-darkness. The chipset also brings 10-bit colour depth in the HEIF format for capturing vivid colours.

The Snapdragon 888 SoC comes with Qualcomm Kryo 680 that is touted to provide up to a 25 percent increase in overall CPU performance over Snapdragon 865 that had the Kryo 585 CPU. The new processing unit is also the first commercial CPU subsystem to be based on the ARM Cortex-X1 architecture.

Alongside the new Kryo unit, Snapdragon 888 includes the Adreno 660 GPU that is touted to offer up to 35 percent faster graphics rendering and 20 percent more power efficiency compared to the previous generation. There are also on-device security features coming from Qualcomm Secure Processing Unit and Qualcomm Trusted Execution Environment. For securing user data over wireless connections, the chipset supports cloud service Qualcomm Wireless Edge Services that is meant to measure the security of the device and its wireless connections in real time.

The Snapdragon 888 SoC also includes a new Type-1 Hypervisor that is designed to secure and isolate data between apps and multiple operating systems available on the same device. Additionally, the chipset is capable of capturing cryptographically-sealed photos that are compliant with the open Content Authenticity Initiative standard.

Qualcomm Snapdragon 888 SoC, based on Samsung 5nm process technology, carries one core of 64-bit Kryo 680 based on ARM Cortex-X1 at up to 2.84GHz, along with three Kryo 680 cores based on Cortex-A78 at up to 2.42GHz and four cores of Cortex-A55-based Kryo 680 at up to 1.8GHz. The chipset also comes with the Adreno 660 GPU that supports OpenGL ES 3.2, OpenCL 2.0 FP, and Vulkan 1.1. For network connectivity, there is the Snapdragon X60 modem with support for 5G mmWave and sub-6GHz networks based on standalone (SA) and non-standalone (NSA) modes. The modem also includes multimode support for 5G NR, LTE, WCDMA, HSPA, TD-SCDMA, CDMA 1x, EV-DO, GSM/ EDGE networks. 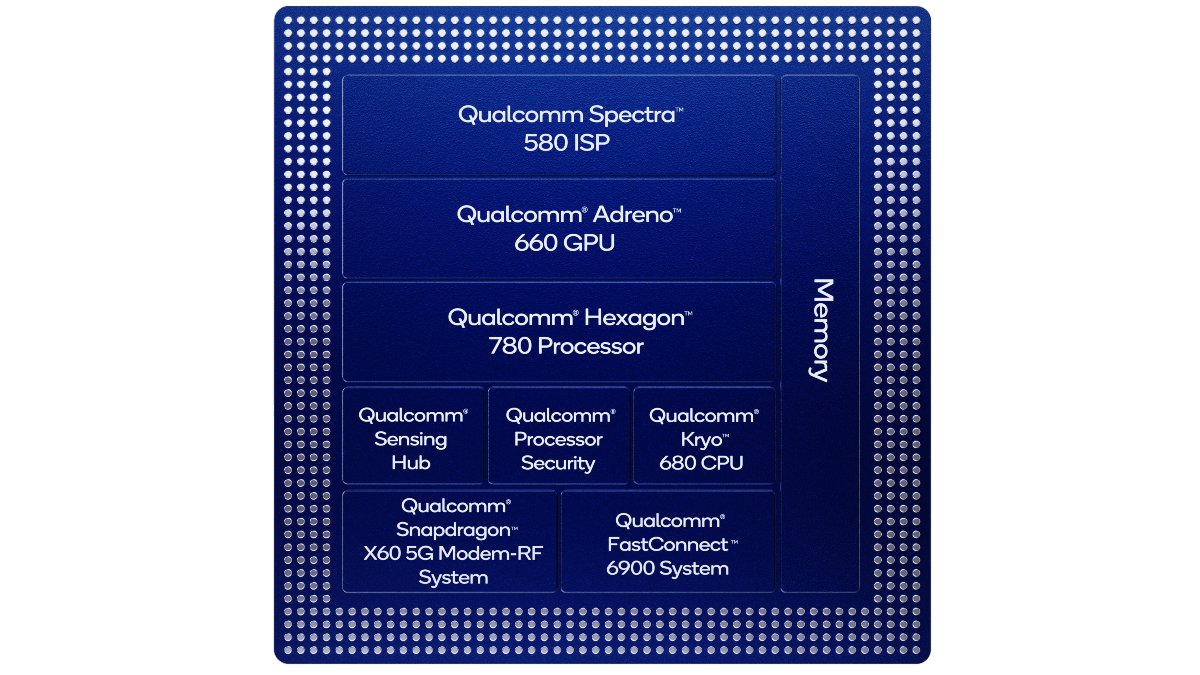 Qualcomm has provided support for LPDDR5 memory at up to 3,200MHz frequency as well as LPDDR4x at up to 2,133MHz, along with a density of up to 16GB.

Snapdragon 888 supports up to 4K display at 60Hz or QHD+ at 144Hz. It also supports HDR and HDR10+ standards. There is a Hexagon Voice Assistant Accelerator for hardware accelerated voice signal processing. Additionally, the chipset includes Qualcomm Aqstic audio codec. There is also support for Qualcomm Quick Charge 5 technology for fast charging.

Devices based on the Snapdragon 888 SoC will start debuting in the market in the first quarter of 2021. However, companies including Realme, Red Magic, Nubia, OnePlus, Xiaomi, and ZTE have already announced their plans to bring the new SoC along with their next-generation flagships.

Is Android One holding back Nokia smartphones in India? We discussed this on Orbital, our weekly technology podcast, which you can subscribe to via Apple Podcasts, Google Podcasts, or RSS, download the episode, or just hit the play button below.