Age of Empires: Definitive Edition Promises More of the Same and That’s Great

One of the saddest things in gaming is that old games often disappear or die. Most recently, we saw an example of this as Apple abandoned 32-bit apps on iOS 11, which means that lots of 32-bit games including fantastic titles such as Shadowrun Returns just stopped working entirely. A similar fate had befallen Age of Empires, one of the world’s most popular realtime strategy games.

First released in 1997, Age of Empires became immensely successful thanks to its fairly accurate representation of historical battles and great storytelling. In 1998 the game got an excellent expansion called Rise of Rome, which added four new civilisations and some more interesting campaigns.

I first played the trial version of the Rise of Rome expansion and it was a decent experience until I played a mission called Battle of Tunes. You played as Carthaginians, and you need to destroy Rome’s wonder. I remember trying that mission over and over until I finally defeated the Romans. That is when I got hooked to Age of Empires and I went on to play the full game and the expansion.

Age of Empires is not the best strategy game by any stretch of the imagination. You spend way too much time gathering resources and that can get tiring at times. However, it is a fantastic storytelling experience and allows you the chance to relive critical moments in human history.

Take for example the Rise of Rome campaign from the game. It starts before the birth of the Roman Empire, when Rome was just a city-state in 400BC and surrounded by enemies. You start by holding off enemies and across six missions, you’ll play through crucial conflicts that took place between 400BC and 63BC. This walks you through an important chunk of history and the conflicts that helped shape the Roman Empire.

When I play strategy games, I usually take the time to build my base and amass an indomitable force before attacking, and Age of Empires rewards this behaviour. The style of narration suits my playing style so much — nearly every campaign starts with a small mission around the time a great empire was born, and it gradually expands towards the empire’s zenith. The stakes were higher with every new mission and that means that I got to immerse myself in the story before the most challenging missions in the campaign arrive. That made me care about the mission a lot more than I would if it was a random map.

The first Age of Empires game also had a series of excellent battle units that added a lot to the game. You could build a navy comprising Triremes (ships that fired arrows) and Juggernauts (big, rock-hurling siege ships) to rule the seas. You could build a cavalry featuring Armoured Elephants and even a frankly ridiculous (if historical) unit called the Elephant Archer. My favourite units were the siege weapons (Ballista and Catapult) and the Centurions. Since I loved amassing armies and attacking strong enemies, it’s clear that my forces featured a lot of Centurions and siege weapons, followed by cavalry charging in to clear enemy soldiers.

My favourite non-military unit was the priest, not because it converted enemy units but because each conversion attempt was punctuated by the addictive “Wololo” sound effect. Funny noises aside, the priest can be a deadly unit in the game if you know how to protect it. 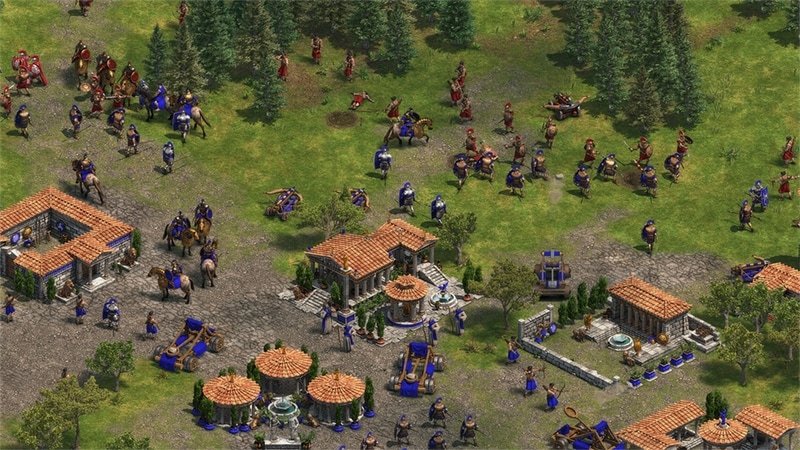 That brings us to another fun aspect of Age of Empires — cheat codes. The first game in the series had lots of cheat codes, which let you add a priest who moved faster than the game’s cavalry units and soldiers that could fire nuclear bombs. I’m not endorsing these but I did have a lot of fun totally ruining the game for a time. At the moment there’s no word on whether cheat codes will be a part of the game, but one would hope that they’d be around just for nostalgia’s sake.

Age of Empires Definitive Edition promises to deliver the game in up to 4K resolution, with increased population limits for some truly massive battles, and “new narration and pacing” that will be interesting to check out.

Even though the Age of Empires trilogy was critically and commercially acclaimed, Microsoft shut down its developer — Ensemble Studios — and a few years later, Age of Empires was no longer available. Age of Empires II and III have been on sale via Steam for years and the former even got an HD remaster and new campaigns in 2013.

However, Age of Empires has not been on sale on any platform for a long time now and I’m glad Microsoft has decided to revive the game now, in 2017. Age of Empires: Definitive Edition is releasing on October 19, 2017 and I’m definitely looking forward to reliving the experience and a slice of history.