Over the years, we’ve tried out a lot of devices that want to add smarts to the television – from dongles like the Amazon Fire TV Stick, Teewe, and the Chromecast, to full-sized boxes like the Apple TV and Amazon Fire TV, as well as more pocket-friendly options such as the Amkette Evo TV family of device and the ReTV X1, among others. They all get a few things right – some more so than others – but in the end, none of these devices turned out to be the all-purpose box to serve all our needs.

There’s also the fact that some of the devices that are available in India are lacking in features compared to other markets. For example, on the Amazon Fire TV Stick, voice search only looks through the Amazon Prime Video offerings, and there’s no universal search. Meanwhile, while Alexa can control the Fire TV Stick in the US, despite the India launch of Echo line, this seemingly obvious feature is still supported here.

We’ve talked about some of the problems with these smart devices in the past, but with the start of a new year, we wanted to think of some of the things that we want to see from these boxes going forward. The big one for us is better “live TV” integration.

One of the problems is that in most cases, the actual television experience is treated as a completely separate thing that isn’t being addressed by the smart boxes in any way. In other words, you can stick to your laggy DTH set top box for the most part, and then switch to a stylish and responsive interface on your Apple TV or other device when you want to watch Netflix, and that’s it.

The argument could be made for cord cutting, but frankly, given the cost (and reliability) of data, coupled with the number of streaming services you need to sign up for, it becomes hard to justify getting rid of your TV content altogether. Which means smart device that can’t help you find Master Chef, or change the channel to HBO are only doing part of their job.

There are a few exceptions – the Airtel Internet TV, for example, supports voice search, so you can simply tell the TV to switch to your channel of choice. Or, you could buy a Sensy Smart Remote, and add brains to your set top box that way. It’s a very cool (and affordable) gadget that will work with most set top boxes; the companion Sensy app gives you a smarter program guide, with recommendations for shows based on your interests, and a search feature that allows you to say, “Salman Khan movies playing in HD” and get a list of options to choose from on the TV. The app then sends a signal over Bluetooth to the paired smart remote, and it turns that into an IR signal that’s used to change the channel on your set top box, directly from your phone.

In both these cases though, the TV experience is kept isolated. For instance, on the Airtel Internet TV, if you’re watching a movie on TV, and then want to watch a YouTube clip about the making of the film, you have to exit TV mode to enter the Android mode, then navigate to YouTube, and then find the video you’re looking for. With the Sensy on the other hand, you’re only able to control your cable/ satellite box; for things like streaming, you’ll need to use a completely separate device such as a Chromecast.

Ideally, the solution would be a single device that can fill both these roles; whether it lives on your TV, or comes from a DTH provider that goes one step further than Airtel, or even as a third-party set top box. Here are some of the features we hope to see from a smart set top box in the future.

Full universal search
At present, the smart TV interface is too much like a phone or tablet – you have a collection of apps, and you have to dive into each one to find something that you want to watch. Search can find programmes on TV (on select devices), or show you a list of apps, but the interface is not well suited to browsing through multiple apps to find something you’re interested in.

A universal search that can find the shows or movies you want to watch, whether they’re in Hotstar, or Netflix, or Amazon Prime Video, is essential. For the consumer, the focus is on content, not on apps – with many of the services being affordably priced, it’s not inconceivable that people are using multiple streaming platforms. As consumers, we don’t want to remember that the Iron Man cartoon is on Hooq, but Planet Hulk is on Amazon, but you can watch the Doctor Strange film on Hotstar. Apps like JustWatch help deal with this mess, but it should be a native solution on any smart set top box. Apple is trying to offer something like this with the TV app, but just like so many of its offerings, the feature isn’t available in India yet.

TV can’t be a silo
The other issue is that TV programming is treated as just another app with content in it. You have to “exit” the TV to come to the Internet-based content – whether by changing HDMI sources (if you’re using a set top box and a smart TV box), or by changing the mode on something like the Airtel Internet TV or the Videocon D2H HD Smart Connect. It’s cumbersome and not really helpful.

You should be able to navigate from YouTube to, say, HBO on your TV without having to go through so many intermediary steps; and once you take the silos away, it also opens up some very smart interactions. For example, let’s say you watched Game of Thrones on HBO – what’s stopping the smart TV from showing a small popup at the bottom to suggest a YouTube explainer video related to the latest episode? 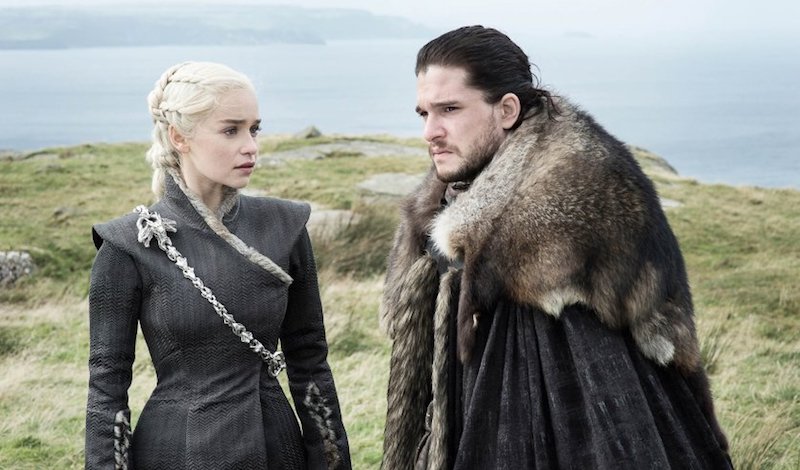 A lag free experience
The third, and perhaps most important thing, is that we really want a lag free experience. On a DTH box, there’s lag when changing channels, when loading up EPGs, when doing anything at all actually. This is a horrible experience, and unfortunately, most of the budget-friendly smart set top boxes also replicate that feeling.

We’re not advocating for specifications that rival phones priced at the top end of the market, but there’s no reason for the performance to be reminiscent of entry-level smartphones from two years ago. Small amounts of lag add up to a lot of time wasted in frustrating delays over a year. It’s absolutely essential that whatever smart set top box we get next should be able to start up near instantly, search through apps, and then launch them quickly after finding the content we want, whether that’s inside an app like Netflix, or running on a channel accessed via DTH.

These three things are pretty much all we’re looking for. Unfortunately, at this point, there doesn’t seem to be a good solution in India. Some of the companies we’ve talked to in the past year do seem to be headed in this direction. The Caavo is a made in India set top box that wants to act as an integrated hub – both hardware and software – for all your connected devices. We got a look at the gorgeous device earlier this year in the company’s Bengaluru R&D centre, and came away impressed, but it’s not aimed at India, and the company’s focus has been testing and compatibility with devices found in the US. It’s a high-end product – as the design makes clear, and even if you decided to ship one back here, it’s not likely to be particularly affordable in India.

The other product we’re quite excited about for 2018 is the Sensy Fusion, which actually promises to tick all the boxes we have in mind. However, it’s been under development for a long time now, and we don’t know yet when it’s going to be on the market, or at what price. This means that as of now, there are still no products on the market that meet all of our needs. Here’s hoping 2018 can change that.