The Voltron and DuckTales Reboots Show That Cartoons Are Awesome Again

The third season of the Netflix Voltron remake released recently, and the fourth season is expected in October. DreamWorks is set to produce 78 episodes of Voltron: Legendary Defender so by the end of season four we’ll be at the halfway mark.

Along the way, Voltron: Legendary Defender, has managed to do something truly magical. It has reached back across the decades, and created a cartoon show that manages to be the shows we remember watching, rather than actually being the shows we actually watched.

Looking back to our childhoods in the 80s and 90s – Voltron’s original run in the US was in 1984 – a lot of the shows we loved were – on hindsight – actually pretty bad. G.I. Joe, He-Man, and Transformers were all created to sell toys, and the same could also been said for their Japanese counterparts. This meant that the shows were often made cheaply and quickly; featured jerky, repetitive animation; and usually had paper-thin plots that made little sense.

But they were dynamic and alive. The stories made sense and the characters were very well defined. With the Voltron reboot, we’re watching the distilled essence of the old show. Everything – from the animation to the action – has been turned up to 11, but this time the story actually has an engaging and developing arc. By carefully tuning the show and shoring it up in just about every way, the creators have managed to bring it back without creating something that feels hopelessly dated. And that’s why watching it today feels like being a kid in the 80s, sitting in front of a television with a glassy gaze fixed on the television screen.

Voltron isn’t the only show to come back in such a triumphant way either.

Just about a week after the start of Voltron season three, the new DuckTales reboot was also released. The show has an all-star cast, including such names as David Tennant, Danny Pudi, Kate Micucci, to name just a few of the people, along with Hamilton creator and Moana composer Lin Manuel Miranda. It’s clear that no expense has been spared in creating this show, and honestly, it shows. 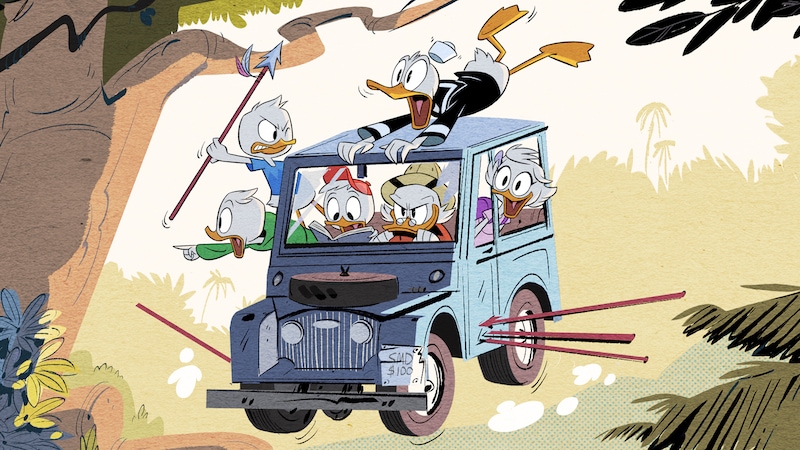 The characters have been tweaked a fair bit, and it’s not just their visual design that has been tweaked. Huey, Dewey, and Louie are now all clearly distinct individuals, and Webby is a much more interesting character with her own arc. Tennant’s Scrooge McDuck is also a lot nicer than the original avatar of the character, which makes sense – the original was written in 1987, based on a character first written in the 1950s, and his attitudes would not have been acceptable today.

He Man’s Back to Join Pokemon, Ghostbusters, and Star Trek

Intelligent updates, plus an open purse, have resulted in a show that should hopefully go on to become as beloved to a new generation as the original was to people growing up in the 80s and 90s. It retains the fantastical elements of the original series, but suitably updated to the modern era to appeal not just to our sense of nostalgia but to actually deliver a show that’s worth watching.

Another older show – though not from the same era – that was able to make a great comeback, more than a decade after it went off the air, is Genndy Tartakovsky’s Samurai Jack. Set 50 years into the future of the original run, Samurai Jack completed a beautiful, and kinetic 52 episode run on Adult Swim this year.

In fact, one of the only reboots to feel like a misstep was the Powerpuff Girls reboot in 2016. The original was weird, funny, and quirky, and managed to build a cult following in the late 90s – early 2000s. The reboot felt lacklustre, without the same kind of kinetic action or brutal violence, while the characters themselves feel a little more generic this time around. 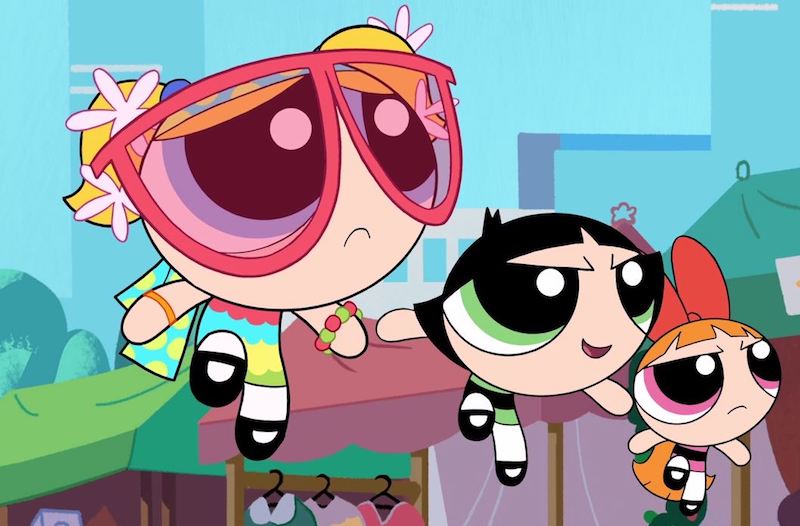 Even so, it’s becoming increasingly clear that just like the so-called Golden Age of television, we’re in an era where animation fans haven’t ever had it better. It’s not just the reboots either. There’s been plenty of new stories, and spinoffs of existing series that are worth celebrating as well.

The Trollhunters series created by DreamWorks for Netflix is, quite simply, one of the best things we’ve ever seen. With the death of its lead, Anton Yelchin (of Star Trek fame), its future was a little unclear for a while, but director Guillermo Del Toro (Pacific Rim, Pan’s Labyrinth) confirmed earlier this year that it’s going forward without any major changes, and that there were enough recordings of Yelchin that much of his voice has been preserved for the show. Meanwhile, there’s now a Castlevania cartoon (also on Netflix) that deviates from the source material, but despite the slow burn start, it builds up to an excellent four-episode first season.

At the same time, there’s the Avatar: The Last Airbender follow up, The Legend of Korra. Easily one of the most dynamic and action-packed shows around, there were times when it felt like HBO’s Game of Thrones could learn a few lessons from the cartoon. And the long running Gundam franchise also got one of its best new entries recently, with Iron Blooded Orphans. Packed with action, mature character arcs, and powerful storytelling, these were some of the best shows on television, animated or otherwise.